As slow as July was, August was the opposite for this Whisky Lady!

Because… drum roll… Mumbai be warned! We launched a ‘Whisky Ladies‘ gathering to have some dangerously fun times enjoying our favourite whiskies! 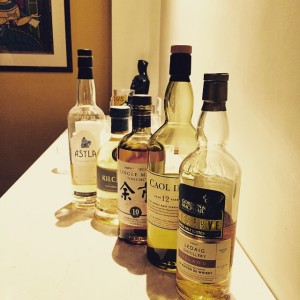 Yup – you heard it right. We now have our own rocking whisky women’s club in Mumbai! Our inaugural evening featured: END_OF_DOCUMENT_TOKEN_TO_BE_REPLACED

It never ends… shrug and sigh…

For those just tuning in… our building in Bandra is undergoing structural repairs. This is the latest instalment of our ongoing experience!

Ding dong! The doorbell rang and a mumbled “Close your windows” was delivered quickly before the worker moved on to the next flat to repeat the message.

It has become such a regular request, we essentially have shut ourselves in as you never know when falling debris will come tumbling down. We have more than one cracked window now too. This is all just part of life now… END_OF_DOCUMENT_TOKEN_TO_BE_REPLACED

There are times at such ‘EVENTS’, I’m reminded of a short section in Fahad Samar’s book FlashPoint… END_OF_DOCUMENT_TOKEN_TO_BE_REPLACED

Sometimes company is better… why snooze alone when you can snuggle with your feline family? 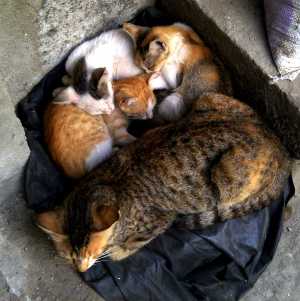 Momma cat with her three kittens

London Theatre – Past and Present

I came across a playbill from our July trip to London… and it got me thinking that we just might have another experience or two worthy of a post. (Yes we DID manage to do more than just hang out at BAFTA!)

Well in advance of our trip, a Canadian friend living in Essex kindly offered to arrange an evening of dinner and theatre together for our single Saturday night in London. Sounded just right!

Before the performance, to get into a theatrical frame of mind, we met near the Tate Gallery and then took a little stroll along the South Bank to glimpse Shakespeare’s Globe Theatre. END_OF_DOCUMENT_TOKEN_TO_BE_REPLACED

One such initiative occurred late 2014 with the St.art Mumbai project that brought artists from around the world to India. END_OF_DOCUMENT_TOKEN_TO_BE_REPLACED

Only later did I understand…

We lived in Hamilton, Ontario for a couple of years while my father did his PhD at McMaster University. It was an interesting change from Winnipeg and positive to be in a different environment.

However memory is a funny thing. One thing that stuck with me was an odd event that took place after swimming class.

I must have been 10 or 11 when in the change room there was the usual tween talk with innocent ribaldry.

When teasing turned to boasts about boys, one girl blurted out a peculiar assertion. END_OF_DOCUMENT_TOKEN_TO_BE_REPLACED

Growing up, I was a voracious reader.

The books of my childhood were full of Canadian classics by L M Montgomery with her iconic curly topped imaginative “Anne of Green Gables” and early feminist and abolitionist American author Louisa May Alcott known for her book “Little Women” plus many other authors.

This hunger to discover worlds beyond my own through other’s words remains… though the quantity and range has reduced over the years… and for a time nearly stopped as the business of ‘living’ took over a love of literature.

With a slightly slower pace this year, my love of reading has resurfaced. END_OF_DOCUMENT_TOKEN_TO_BE_REPLACED

Whisky wise, July was a slow month for this Whisky Lady!

Let’s just say I know better than to waste quality whisky on a stuffed nose / dulled taste buds or attempt to write something coherent when all I want to do is go back to bed and nurse my miserable cold.

So instead of whining about what wasn’t accomplished, decided to focus on posts to come thanks to July developments!

Here are a few possibilities: END_OF_DOCUMENT_TOKEN_TO_BE_REPLACED

9th Quarter Summary – Still at it!

Bravo you brave soul for sticking it out! For those who’ve been around since the journey began 9 quarters ago, many thanks! For those who just joined, welcome!

July brought a wee shake-up in the approach to the blog as ‘Every day adventures in Asia (mostly)’ morphed into the simpler Everyday Asia with four core themes – Home, Away, Work and Play. Fear not – this blog remains grounded in the everyday mundane activities of a transplanted Canuck living in Mumbai and traveling (mostly) around Asia. END_OF_DOCUMENT_TOKEN_TO_BE_REPLACED