Over a year ago, I shared my hope that the tax tide was turning… at the time I was doing a manic happy dance as there seemed to be a tacit acknowledgement that the ‘outstanding amount’ was hokum, bunk, BS and more!

And another notice… more money! NOT!!!

Of course, I knew that just because I was finally paid a refund vs having it adjusted against the fictitious ‘outstanding amount’, that didn’t mean the issue was actually resolved. No siree! That isn’t how we roll in this part of the world.

So I duly filed yet another rectification request… feeling rather like my CA and I are becoming experts at this… was it number 4 or was it 5????

And nothing… a full year of nothing… no “ITR Rectification” notice, meaning a formal response to my request.. just nothing…

The challenge with being in limbo is you can’t assume it is actually fixed… because it is not. Yet without a formal response, one simply has to wait… wait… wait for it… wait…

Then came the phone call.

That is correct… a phone call… asking me to again pay for tax that was already paid in 2008/09.

One year and three months after the last rectification request was filed.

For which no formal response has been received… 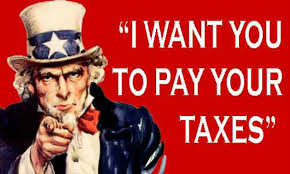 I think he is used to people getting upset with a call from the IT Department not a gushing:

“OH! I’m so happy you called! Thank you!

Help me out here, what can we do to get this internal system glitch fixed?

At least to get it updated for the year in question?”

You could tell he knew it was actually paid but no one is able to acknowledge that one system in the IT Department doesn’t “talk” to the other system and hence tax payers – all 1% of us – get lost in the middle.

The reply was to re-send what had already been submitted online to an official email ID. Hmm…. that is simple… suspiciously simple… Would it really work???

Did my enthusiasm to get something fixed from 2008/09 make me vulnerable to some brilliant new scam or trick?

Or has the tide actually officially really finally turned and it will indeed be smooth sailing?

Moral of the story?

Those of you foreigners living in India – best advice anyone can give you to surviving longer term in this country is get a good honest CA.

One you can continue to rely on even after you leave… (if you leave)….

As something you thought was done and dusted years ago can come back to haunt you!