Yesterday set the stage for my efforts to access my Provident Fund (PF) aka retirement savings in India.

I have three PFs so I was hopeful that with those odds, there would be some progress at least with one or two – hopefully the bigger ones. I’ve been here long enough to know it wasn’t going to be easy. But I had my sense of humour girded to be amused by the follies to come… 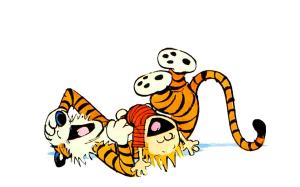 PF1 – Under a month – Efficiency incarnate!

My oldest and smallest PF… from my first official employer in India, took a few calls to suss out the right person. However, once I had the statement, forms, supporting documents, Rs 1 stamps and the usual sundry requirements to accomplish anything official in this country, off they went!

My estimate for progress was a couple of months. I was ready to have to re-do, re-submit and wait some more too….

Imagine my incredible surprise when a couple of weeks later, I received an alert that funds were deposited into my account.

Seriously? Really?? You have got to be kidding!

Til it dawned on me, this PF was managed by the company directly and not EPFO. Ah…. that explains all.

Time for a crazy happy dance!

PF2 – Only eight months – A rose by any other name…

Do any of you have a middle name? And if yes, do you consistently use it with everything you do? I suspect not.

Picture this – an ex colleague who is an absolute whiz at all things financial, insanely organised… heck he’s the kind of guy regulators chase for advice.

So when his PF was registered with only his 1st and last name, it did not match his supporting documents or bank account. Our company confirmed yes – he is one and the same person, to no avail. Years went by… and nothing could be done.

He’s a smart man and realised his only recourse was to bow to the powers that be at the EPFO office and submit documents, bank details exactly as they had on record. Because no matter what begging, pleading, connecting the dots and more, it was impossible for the EPFO office to budge an inch.

Voila, five years after starting the process, he received his PF.

Why is this story relevant? You guessed it! As I began the laborious process of filling out the withdrawal paperwork, discovered this PF only had my 1st and last name.

However I’m a savvy chick where these things are concerned. Or rather, had already been burnt so had a ready solution.

Many years ago I bought some mutual funds just using my 1st and last name. When I went to redeem, could not as… yup you guessed it, my ID and bank account had my middle name.

So I had to go through the steps to acquire a legit alternate ID and bank account with just my 1st and last name.

Past follies would see me through to a solution this time!

However twice the company lost my paperwork, mid process changed their forms and a few other minor hiccups.  In short, I was required to submit documents thrice! Yeah.. not once… not twice… that’s thrice…

That said, from the date they had everything to process, it only took a month.

And I’m a pro now at tax crap. What’s one more problem to fix there?!? 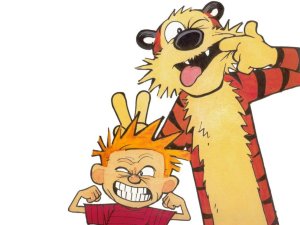 The next one up has more than one complication.

You see… the original company I worked for merged with its global competitor. Meaning the original PF into which my funds were held is now dormant – only those like myself who had moved on and could not transfer our PF to a new employer remain.

Then we discovered another complication.

You see… the lovely company that set-up my PF goofed up. They got my date of birth wrong. Which means it must be corrected before the withdrawal can even be initiated.

Hmm… first efforts to correct began in March duly providing evidence of my correct date of birth (DOB), with further efforts initiated every couple of months.

NOTHING has happened. Zero… de nada… not even a speck of progress. Haven’t even got out of the starting gate.

Houston – we have a problem.

Finding a way around using my middle name – there is a solution.

Pretending to be 9 years older than I actually am? That’s not something I can magically fix. And apparently neither can the EPFO.

And without it being fixed, I will never be able get that money – even after retirement age (their version or the real one!)

Starting to feel a wee bit helpless, I even offered to show up at the Delhi EPFO in person to plead my case. Not what I want to do but…

This better not be another case of needing to shrug n sigh… accepting fate. Naturally, this is a reasonably healthy sized PF! Of course.

I’m starting to lose that sense of humour now folks!

I guess 1.5 out of 3 isn’t bad though… it should only take a few more years to suss out the tax issue and maybe another five years or more for my date of birth error to be fixed…? Maybe… if I’m really lucky…??!

Arrgh!! All the beating up won’t help!