Home » Every day » When love goes global, do governments agree?

If you go global with a life partnership with someone from a country different than the land of your birth or citizenship, things get more complicated.

And the ‘rules’ when you begin your life journey together with hope, joy and love can change over time… 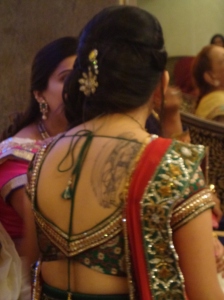 A friend recently visited the Mumbai FRRO office to sort out the status of her children from her previous marriage and progress the status in India of her 2nd spouse.

Not so straightforward. When they got married a year ago, they expected to wait one year til he would qualify for a Person of Indian Origin (PIO) card which would permit him to work, own property, multiple entry, etc.

Then Modi happened with his promises to keep for his overseas supporters. With a flourish if a pen and much fanfare, he did away with the PIO and re-defined the Overseas Citizen of India (OCI).

On the surface the move sounds great! OCI is for “lifetime” whereas the PIO was renewable every 15 years. He also covered spouses under OCI expanding the eligibility beyond just those born in India or with a parent or grandparent born in India.

However before doing a happy dance… there was a little twist added… A minimum two-year waiting period post marriage before becoming eligible to apply under the spousal clause.

And, naturally, all the hoops of the requisite proof with at least three documents establishing the link to Indian citizenship remain – not so easy considering the state of documentation a generation or two ago. India also continues to strictly not permit dual citizenship – OCI is the closest it gets. Which means relinquishing your Indian passport if taking the citizenship of another country or giving up your original citizenship if taking Indian.

What does this mean for my friend and her husband? Had they married just a few months earlier he would already have his PIO card and could have applied to convert it to an OCI.

Now he has to wait another year. 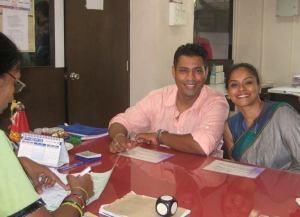 Getting married… the 1st of many hurdles

When you are Indian, but not really Indian…

The irony is that my friend’s spouse is perceived as “Indian”… as in his family heritage can be traced back to India. However indentured labour to the West Indies and Caribbean have no documentation to prove the link to India and would anyways be beyond the permitted two generations i.e. parent or grandparent.

So this crazy “Indian origin” Canadian who made the smart decision to fall in love with my amazing friend just has to be patient another year.

The good news in India is a ‘spousal ex’ visa for folks in his situation – permitting families to live together however the spouse waiting for the OCI cannot work.

Which is a significant allowance versus approaches like Canada where once married to a Canadian, the foreign spouse can’t even visit Canada on a tourist visa… And since fast-tracking business and employment visas, apparently spousal visa processing timelines have stretched on from months to years.

However in North America and Europe there are established practices for immigration and once you finally enter, the foreign spouse eventually has rights and, after building a life in the new country, can usually stay even in the unfortunate event of divorce or death. 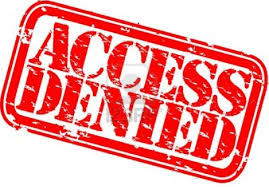 So what about India?

My friend also witnessed another case at the FRRO office. A very dignified “old world charm” lady entered. She came to renew her PIO card which was expiring. And was gently refused. Why? Her spouse had recently passed away.

To delve a little deeper, it was revealed this graceful woman was originally from Britain and married her Indian spouse before India was even an independent nation!

After Independence, they moved permanently to India to be part of building the new nation. Over the years the status under which she lived changed but her home remained India. Fast forward 70+ years since she said “I do”, she is being told to leave her home.

When ‘I do’ and decades are not enough…

Can she qualify for OCI? Apparently no.

But her children and grandchildren live in India, can’t they ‘sponsor’ her the way immigration works in most countries? No.

What then? Perhaps a temporary tourist visa which requires her to frequently leave and stay outside for months at a time before being permitted to return. Something which would likely be a hardship when she neither has a ‘home’ outside India nor… get this… is she any longer permitted to own her ‘home’ in India.

Because after all, property can only to be owned by citizens or those with OCI status. So she has to wave ‘bye bye’ to her home too as well as having to leave the country.

Anything else? Maybe try to get Indian citizenship which requires her to renounce her British passport… however there are no guarantees.

Surely there must be some compassionate ground to treat with dignity and not “evict” a woman who adopted India as her home so long ago?

And a little voice quietly asks, is this going to be my future as well?

“Madame, there is a plane in your future…”

However I delved further to check… and sure enough the re-invented OCI is not actually “lifetime” for foreign spouses of Indians. The OCI holder is to leave India on divorce or death of the Indian spouse.

Always have an exit strategy

A clear reminder that even if your life today in another country is possible and opens a wonderful world of experience in your spouse’s country of origin, that may not always be the case.

One is always subject to the whims and fancies of the government in power and the laws of the land which can change.

These stories are not unique and I’m sure there are even more maddening ones out there. Care to share?

PS I’m no expert in these matters, just interested in understanding such issues. If anyone out there is an expert, pretty please do share!