Music is something I enjoy immensely! I’ve been incredibly fortunate to see some amazing performances, jam sessions, festivals and more. Some dear friends also happen to be remarkably talented musicians and it’s no surprise that music is an integral part of our every day existence.

Credit clearly goes to our mother who inculcated a love of music from an early age – even if my sister and I groaned a bit as we practiced cello / tuba and viola / piano respectively. And if I gleefully abandoned western classical music for punk rock and folk as a teenager, the sheer unadulterated joy that comes from loosing oneself in truly good music – no matter the genre – was firmly entrenched. 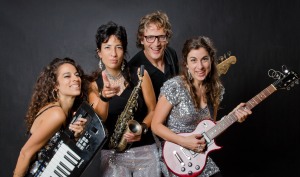