I’m a closet TV series addict. As much as we enjoy being out n about, nothing beats curling up at home and watching a good show. Or occasionally even a not so good show. 😉 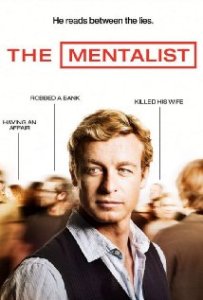 And sometimes all you crave is fluffy filler type stuff – predictable shows following a formula that you can follow without full attention.

So, as I’ve been doing a variety of mundane tasks at home, my current companion is The Mentalist.

It is perfect – enough dialogue to follow without really watching. Between various updates, I can glance up and watch for a bit then get back to the main task at hand.

A bit of an irony considering the premise of the series is a brilliant guy (Simon Baker) who is able to solve crimes through his powers of observation and mental manipulation.

It also accepts that with these elements, adding a dash of distraction, a drop or two of research, one gives the impression of having psychic powers.

So when invited to see real live mentalist – Lior Suchard – how could I resist? Especially as it was a private function with promise of single malt and good food! END_OF_DOCUMENT_TOKEN_TO_BE_REPLACED